A Harvest of Souls? 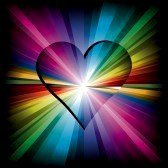 “Lift up your heads, O ye gates, and be ye lifted up ye everlasting doors, and the King of glory shall come in.” (Psalm 24:7)

Like a bar of soap when squeezed, we go in the direction in which we are pointed when the pressure is on. The pressure’s on like it’s never been before.  It’s not a time to look down, but a time to look up and go up.

If you’ve been feeling like leaving “this old world,” as I have been lately, then it may be that we are leaving it, or already have.  More to the point of this blog post, “this old world” has left you and is slowly fading away into oblivion to become but a bad memory. It is being replaced by the totally new world of a Golden Age.  Let go of “this old world” and let go to the New World now being born.

Since the end of the Mayan Long Count Calendar in December of 2012, planet Earth has been upgraded from a Third Density to a Fourth Density planet.  Along with its sun and sister planets, our earth and entire solar system has undergone an upgrade in its energy field.  Fourth Density Energy is characterized by love, compassion and understanding.  Third Density Energy has been about true Self awareness. Now that we know who we are as divine beings, the next step is coming together as One Body to birth and build the New Earth on this planet that has just moved into a new cycle of evolution as part of a larger creative field of solar and galactic transformation.

Our solar system has moved into a greater energy zone of the Milky Way Galaxy, causing the leading edge of the Sun’s magnetic field to become 1000% brighter since the mid 1960’s, and new forms of charged particles to show up in this area in greater and greater amounts.  “Galactic dust” coming into our solar system has increased 300% since 2003, more dust in the Summer of that year than in all of the 1990’s.

More dust and more charged particles means more energy.  All of this evidence points to a frequency shift for the Earth and for all lifeforms on its surface, including our species. Things have heated up on planet Earth … and on more levels and dimensions than just its climate temperature, which is up in the three digits globally this Summer.  We’re in the transitional grip of the creative forces of fire and water which makes for a lot of steam.

For any of this wonder and miracle to have impact upon our world, the creative process needs to work unhindered through the hearts, minds. and bodies of human beings, in that order, with the heart leading the way up top opening the “window of heaven” to let the light of Love shine through and upon the earth and our world.

This speaks to the two “Great Commandments,” giving us the Keys to the Kingdom of Heaven, and the key that opens the door to the secrets of the Universe and of Creation.  Love is the Key that unlocks the portal of the human heart to let the love of the Creator come into his world—and let the refined substance of creation ascend as incense before his throne “set in heaven,” as the Beloved Disciple saw when he turned to “see” the voice that spoke with him.  There is much in that passage from Revelation to see and to take in, as I discovered when I set out to record my meditations in SACRED ANATOMY.

We say that Love is a refining fire, and so it is: the fire of transmutation.  The Creator loves this world and this world loves its Creator, and Man was created to facilitate this love affair, a love affair that compels two Lovers to seek union and the unified expression of their love–and it’s in and through our sacred hearts where these two Lovers meet and send forth their Love Light into the world.  The first requirement of us is that we love the Lord our God with all of our heart, all of our mind and all of our strength. The second requirement is that we love one another as ourselves.

I love the perspective Martin Cecil offered some years back in describing our twofold role as being that of re-presenting the Creator to creation and creation to the Creator.

This dual representation is based in the working of the Law. If we examine into the matter we will discover that it relates directly to the two great commandments. What is it that we represent to the Lord? We say we represent response.  But what is it really? Is it not the fulfillment of the first great commandment? We bring love to the Lord. This is what we represent to Him—love. We represent that love which is in all people as it centers toward that which is Divine, and by reason of this phase of love there begins to be the experience of God’s love for His creation. It is not that we rightly should concern ourselves immediately with trying to love His creation. We have noted this before. It is not a matter of trying to love each other, as though that were the first order of business. It isn’t. The first order, insofar as we are concerned, is to represent such love as there is present in human beings, to God. We re-present it to Him; in other words we return it to Him. This is the opening of the door, so that there may be the beginning experience of representing God—representing love to God’s creation all around us—and that is re-presenting it, giving God’s love to the people. So we see these two phases of love working here in a manner which establishes purpose. Of course the mere statement of this purpose doesn’t necessarily make it have meaning to human beings. There must be some experience with respect to it, the experience of representing others to God, representing only that which is of the true nature and character of love to God; and when we do that, immediately we find that the true nature and character of love is our own experience in expression to others. . . .

This is exactly the way transmutation takes place: by the radiation of Love, the refining fire, through the open and pure heart of mankind into the earth, the fullness thereof, the world, and the people that dwell therein. Just as the Sun’s fire heats up the water and evaporates it as steam that rises to the heavens, so also does the fire of Love in expression through the human heart transmute the substance of the earth that it may ascend to a higher level of being, a Fourth Density.

A Harvest of Souls?

This pandemic that has taken over our social life, our economy, our school system, and our entire lives, even our church activities, is taking its toll on lives, with hundreds dying by the hour both here and abroad.  One might be inclined to think that perhaps a “harvest of souls” is underway, as foretold by RA in The Law of One Series.  I will close with this excerpt from David Wilcock’s writings.*

Cosmic Changes and the Ascension Process

By now it should be easy to tell that this is the biggest event in human history, and it is entirely unreported by the mainstream news media.  No press outlet has ever combined two or more of these facts in the same story. Even if the media did figure it out, they probably wouldn’t want to say anything about it for fear of panicking the public. How­ever, once we understand what is happening to us, we don’t need to be afraid of it. When the Earth fully moves into the fourth-density energy, we will naturally be transported into a higher level of our own being. Our physical body becomes irrelevant at that point. We are much more than that.

If you’re very attached to your physical body, you might say, “Well, what would I be without it?” You might see this as traumatic, but in fact your experience could be looked at as Soul graduation. People are saying, “I’m doing my spiritual growth. I’m doing my path. I’m walk­ing in my truth. I’m trying to grow spiritually, I’m trying to evolve.” Evolve to what? Grow to what? Are we just going to keep reincarnating over and over again as humans? No.

Is the Earth going to remain in this vibrational level where human beings will blow up bombs, poison its waters, pollute its atmosphere, kill its creatures, and cut down all the trees? No. The Earth is not expected to go through this. The Earth is an evolving being, too. The difference with the Earth, unlike a regular human lifetime, is that it goes through a very premeditated, very obvious course of its evolution. As it orbits around the Sun, and as the solar system orbits around
the galaxy, the extraterrestrial races that are in higher dimensions know exactly when these changes are going to happen. That’s why they’re here now, because basically they’re aware that this is going on and are standing by to assist us.

For those who are ready to handle the vibrations, their physical bodies will be transformed into a higher density of vibration when the moment of change arrives. So it’s not as though there’s going to be all these fried corpses lying around. When the energy hits you, you transform. Your body will actually transmute itself, like what hap­pened to Jesus–Ascension.

There is a parallel in the Shroud of Turin, where certain researchers have found that Jesus’ body burned a complete three­-dimensional image of itself into the cloth. And they found through
experimentation that such a burn could only be caused by an instan­taneous blast at a very high temperature, “zapping” the cloth like an X-ray film.

It would be so easy to miss this fantastic opportunity to participate in the evolution that is happening here and now on our planet. The media are bent on creating a reality where our happiness is contingent on the acquisition of new products. We seek the best jobs and the highest status as we succumb to the mass illusions of “consensus reality” and “winning the game.”

Each of us has the choice to create our lives so that we may par­ticipate in the Utopian world that will manifest on Earth after this Ascension process has completed—a world without poverty, hunger, or pain; a world where full-body levitation, spontaneous healings, instant telepathic communication, and abundant Love are the law of the land.

Some of these wonders are already occurring in human experience.  I believe a rather large portal has opened up in the heart of the body of mankind, compelled by this crisis, letting a flood of love light shine into this chaotic world.  I see simple acts of kindness and compassion on social media, and even in the news.  I feel a rising current of love response returning from the world spiraling upward during my meditations and in my long-distance attunement service.  I have a sensing in my heart that transmutation of the earth of our planet and of our physical bodies is underway.  We have entered a cycle of ascension to a higher frequency—and it won’t be stopped.

Be love. Be loved

The Great Cosmic Story blog by David Barnes.  Excerpt from “The Design of the Connecting Link” by Martin Cecil, May 16, 1964

Comments Off on A Harvest of Souls?

“The Reward of the Wicked” — Everything Matters